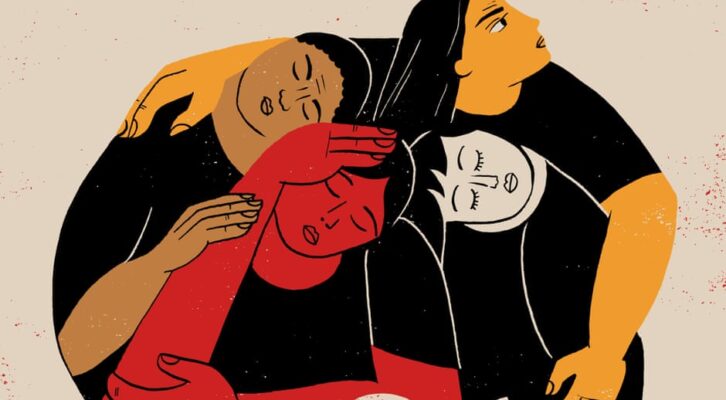 Wars are constantly happening in the world and that no longer surprises anybody. It is perhaps surprising that when we talk about war, we often mention men: combatants, the wounded, leaders and negotiators. Even though the war affects everybody – there are no chosen or untouchable people, women still play a secondary role in this context.

Participating in the International Women’s Leadership Forum, Captain Rūta Montvilė, spokesperson for the Lithuanian Armed Forces commander said that the role of the military woman often depends on the way she is perceived by the other members of the team. She believes that war impacts every sphere, it affects education, women, girls, and the consequences are significant. That’s why it is important to involve women, too, to integrate them in the war zones and make the war gender-equal.

Paulina Drėgvaitė, a human rights activist, admits that she was shocked by Prof. Dalia Leinartė’s lecture about war crimes through a gender prism organized by Women’s Information Center: „especially regarding sexual harassment as the weapon of war or the necessity to ensure women’s reproductive rights – I had not thought about that in this context ,“ she added that the statistics on human trafficking are shocking, as well.

„Prof. Leinartė’s observation got stuck in my mind that even in the absence of an overt war we can consider the preparation for it through a gender prism, for example, by ensuring women’s reproductive rights. Thinking about the current context, the crisis of the COVID-19 pandemic that we are still living through today, as the research has shown, has „set back“ progress on gender equality significantly, it is possible to evaluate what happens in the event of a crisis, what roles emerge,“ said P. Drėgvaitė.

She believes that in the war context, it is debatable whether in the society where gender equality is not considered important women would be involved in peace negotiation and securing processes. If inequality exists in the society, the emerged crisis only exacerbates and intensifies it.

After participating in the Women’s Information Center seminars, Paulina delivered them to the Women’s helpline volunteers remotely.

„It was quite a challenge – I wanted to share a lot of information and present everything in a qualitative, interesting way. I felt the participants’ strong involvement, which once again affirmed the importance of this topic,“ she said.

Encouraged by Prof. Leinarte’s lecture, Paulina told volunteers about concrete historical examples of military actions and conflicts, presented through the gender prism and illustrating the concept of gender-based violence. She mentioned the sexual violence during the Bosnian genocide and the experiences of Southeast Asian women who were sexually enslaved by the Japanese Empire during the Second World War.

In her opinion, because of these examples the participants gave their strong feedback; they also encouraged them to question the idea of war as a male sphere idea.

The War at Home

War is not only happening between states, nations or political groups, but also at home. For this reason, according to Jurgita Cinskienė, Director of the Kretinga’s Women Information and Training Center, we need to talk about violence in the peacetime, too. Not only violence in public, but also in the domestic environment.

„If we tolerate violence now, what about the situation where there is martial law in the country? We must make every effort to prevent violent behaviour,“ said J. Cinskienė.

When it comes to domestic violence, every day life is extremely important. Domestic violence is a widespread problem. According to the Director of the Women Information and Training Center, more than 58,000 calls were received last year and more than 40,000 in 2019.

„Numbers are increasing every year, it is obvious that the government is not doing everything it can to ensure people’s safety in their own homes. The domestic space is the space where a person has to feel the safest,“ J. Cinskienė notes, but at the same time she is glad that last year’s survey results showed that intolerance to violence has increased in comparison to the last year’s results.

According to the Director of the Kretinga Women Information and Training Center, it is not so easy to change people’s minds, as people often still tend to think that domestic violence is a personal issue. If the person does not ask for help or does not inform the corresponding institutions, it means that interfering in pointless.

Domestic violence is often equated with families at social risk. „It is important to change the attitude in this aspect, too. If there is a problem of violence in your family, it does not mean that you belong to a family at social risk. The exterior side can be very beautiful and peaceful, while scary things can happen inside. This needs to be published,“ points out J. Cinskienė. 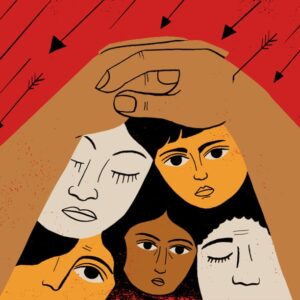